Emojis are divisive; subject to polemics about the dumbing-down of language, or hyped as the next frontier in communication. Whatever the case may be, publishers are seeing a greater share of referral traffic coming through social media (especially over the last year) and are incorporating emojis into their social media optimization strategies in an effort to lighten the tone where appropriate and adapt their own presentation styles to chime with how a growing number of people communicate on the internet. Like them or not, emojis are here to stay.

At Echobox, we took note and asked ourselves a simple question: Does including emojis in Facebook share messages actually increase referral traffic for publishers? We had our data science team take a look, and, as is often the case with simple questions, the answer is more complex than you may have thought. 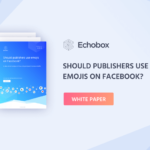 Should publishers use emojis on Facebook?
Social media has presented publishers with a unique opportunity. An entire generation of readers use Facebook as their primary social platform to access the news...

In this article, we’ll take you through 4 key recommendations from our emoji white paper. If you’ve ever wondered whether your share messages should contain emojis, read on!

There aren’t a great number of studies on the subject of emojis’ impact on pageviews, and many use very small data sets of only English-language posts. We thought the topic deserved a little more rigor, so we grouped together and analyzed every Facebook post over 6 months from 1,000 publishers in 8 languages. Added together, this means that we analyzed around 5 million posts, of which around 6% used at least one emoji.

What we found was clear: Posts including at least one emoji perform significantly better, achieving 29% more pageviews than those without. We’d say that’s a pretty good reason to include emojis in your posts. But, before your Facebook page becomes a wall of digital hieroglyphs, there are a few other aspects to consider. For example, is there such a thing as too many emojis?

When we looked at the numbers, we discovered that there’s a law of diminishing returns. In fact, a single emoji was the optimum number, with the benefits tailing off from there. This could well be because as well as being a way of communicating, emojis add another visual facet to a piece of text. Consider them a design language – too many elements confuse the eye and detract from the message you are trying to put across. When it comes to emojis, our data shows that less is very much more.

Including an emoji is a good idea when publishers post on Facebook. But our study dug a little deeper and threw up some surprising results.

If you’re a publisher that already includes emojis in Facebook share messages, ask yourself this question: why? Intuitively, the answer seems fairly simple: Emojis are a great way of connecting emotionally with your audience and marketing your content. Sharing online gives publishers the opportunity to diversify their digital offerings and reach a whole new group of readers or viewers with fewer restrictions. You can be much more flexible in what you produce and which demographics you target and emojis are a great way of keeping the tone more conversational by using the internet’s lingua franca.

So, your share messages need more smiley faces, right? Well, take a look at this… 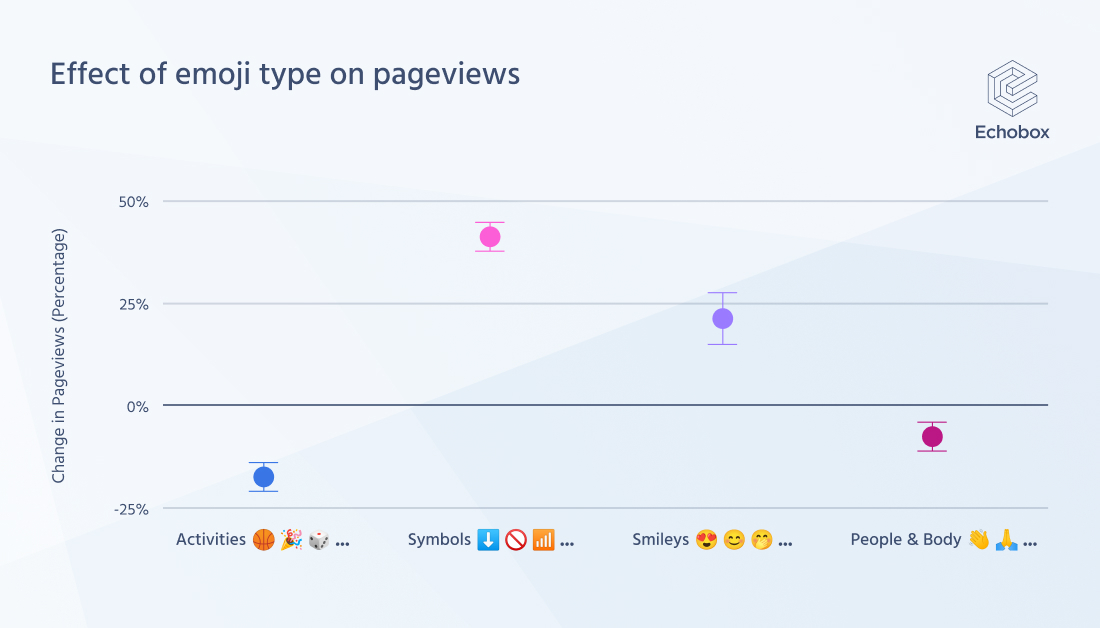 We grouped the most commonly used emojis into 4 separate categories and we looked at the pageviews resulting from posts including these emojis. Interestingly, although smiley emojis are pretty effective at generating pageviews (much better than activities, at least), as a group they’re nowhere near as effective as symbols. This is not to say that all symbols are the same. In fact, even within groups there are significant differences in performance. 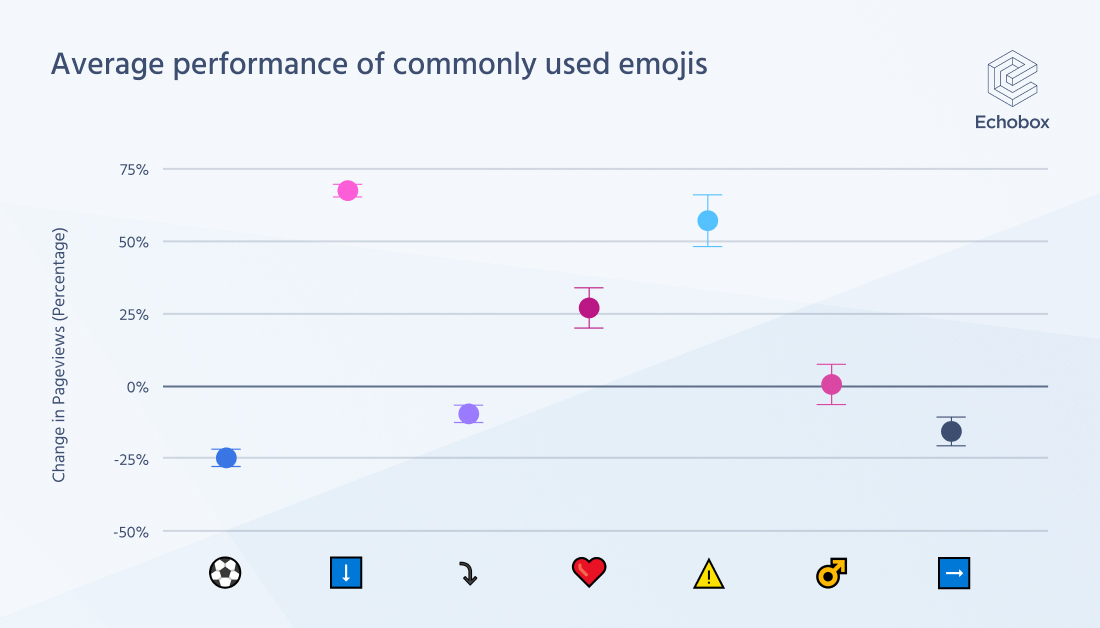 We looked at the 7 most commonly used emojis within the millions of posts we analyzed, and the downward blue arrow (⬇️) produced significantly better results than the others studied, including the downward-curved arrow (↷) which actually produced a negative result. It could be that the use of color offers a more appealing, eye-catching visual, which would also partially explain the strong showing for both the red love heart (❤) and the bright yellow warning sign (⚠️). As for the poor performance of the right-pointing blue arrow (➡️), this might be because it is less likely to direct the reader to carry out a specific action like ‘click here!’, but deeper analysis would be required to confirm this hypothesis.

4) And where should I put the emojis?

Our research revealed that the best place to put an emoji, by far, is at the end of your share messages. Perhaps this has to do with the smiley’s ubiquity: As more publishers include them they become less useful in distinguishing your brand’s voice from your competitors’. But using a symbol at the end of your share message is a great way of describing content or giving the reader a clear direction for what action you want them to take.