London, UK – November 4, 2020: The true performance impact of posting photos to Facebook was revealed today in a new study from Echobox, the AI-powered social publishing platform.

To conduct this study – believed to be the first of its kind in the industry – Echobox partnered with 11 of the world’s leading publishers and analyzed tens of thousands of Facebook posts. They found: 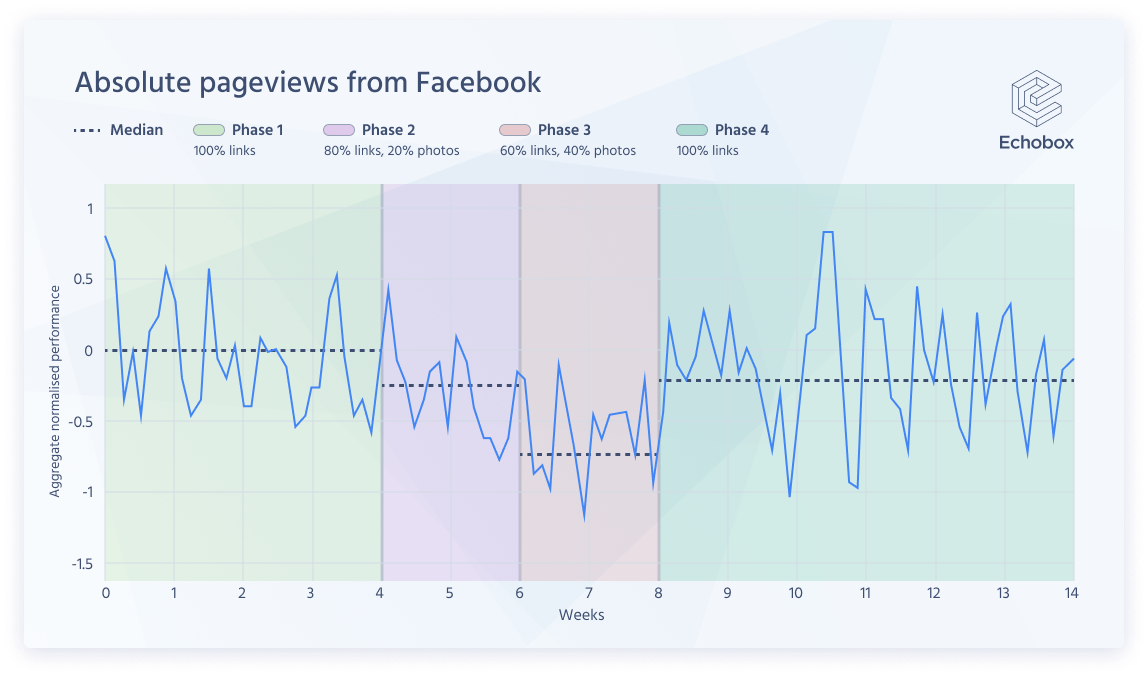 Antoine Amann, CEO of Echobox, said: “This study shows publishers how crucial it is to use data to help build an effective social strategy, rather than following assumptions or general guidance. In light of this eye-opening research, many publishers may wish to re-evaluate their own Facebook sharing strategies.”

Selected highlights from the report:

Echobox is the new standard in social media publishing, chosen by more than 800 of the world’s leading publishers, including Newsweek, The Times, The Telegraph, Handelsblatt, Le Monde and Conde Nast. Publishers share more than 10 million posts and reach billions of people with Echobox each year. Echobox’s research and insights have been written about by many of the world’s leading publications including the BBC, CNN, Bloomberg, Techcrunch and Forbes. Read more at www.echobox.com/resources.