Echobox today publishes what we believe to be the largest-ever analysis of Brexit news consumption ever completed in the UK.

Over the last four months, we’ve analysed the viewing trends for almost 13,000 news articles about Brexit published by 35 of the UK’s leading news publishers including The Times, The Sun and The Guardian.

The analysis is unique as, unlike most polls and surveys, it does not extrapolate from small samples.

With a combined 95.6m pageviews, Brexit makes up 1.63% of all consumed news, twice as much as articles on football and tennis combined. Here are a few highlights of what we found:

Check out the full interactive Brexit Showcase to see the insight in more detail including charts, graphs and downloads.

The Roundup: So long, Sheryl, and a new Twitter timeline? 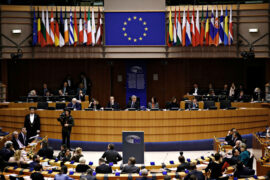 The EU Digital Services Act: what it is, and what it could mean for businesses