At the beginning of 2021, The Brussels Times was in a predicament.

Serving a large community of expats with coverage of local stories as well as international news events, The Brussels Times is the biggest English-language media publisher in Belgium and a vital resource for the city’s many immigrés. One of the paper’s most popular newsletters, The Recap, is a short summary of the previous day’s events in a digestible format for busy readers. But The Recap, designed to be read quickly and easily, was anything but to produce.

It’s a problem that many publishers face as they look to explore the burgeoning business of newsletters — standard email newsletter solutions simply aren’t designed for the specificities of a publisher’s workflow. The result is an often messy and repetitive process, within a cluttered and needlessly complicated interface. This manual, time-consuming management of newsletters leaves many publishers with little time and resources to scale and improve their newsletter offerings.

For Jules Johnston, The Brussels Times’ Consulting Editor and the author of The Recap, creating each edition required tinkering with code on Mailchimp. “Despite using a very simple design, some days it was more of a drag than others. It could go totally wrong; one errant line of coding could totally destroy it.” And it wasn’t particularly quick, either: “on a really bad day, it could take 2 hours. There were days that I was just investing huge amounts of time in something that I wanted to be easy on my end and easy on the readers’ end.”

Despite the amount of time they can consume, newsletters are booming. Publishers in a position to capitalize on the increased demand for newsletters can find vast rewards. According to a survey conducted for the Reuters Digital News Report 2020, 28% of Belgian respondents said that they access news on a weekly basis by email, and as the report’s latest edition makes clear, The Brussels Times is operating in an environment where digital subscriptions are on the rise, seeing growth of 16%. However, this growth means that the market is increasingly competitive.

As more and more publishers tap into the multifaceted power of newsletters, successfully optimizing becomes increasingly important, and many publishers simply do not have the time to wade into the detailed analytics that signal what works and what doesn’t.

The benefits of Echobox Newsletters are massive. It’s giving me more control over my time, and in an industry where time is at a premium, that is very valuable.

At the click of a button, Echobox Newsletters assembles the perfect newsletter for its recipients, using audience data to refine every element of the email — its contents, its layout, its design and its send time. Every time The Brussels Times sends a newsletter, Echobox’s algorithms process the data they receive and adapt the next email accordingly to make sure that each successive email is created using the lessons of its predecessors.

And it’s fast. Echobox Newsletters takes only 10 seconds to create an optimized email newsletter for Johnston, leaving him with the power to change it as he sees fit or simply send it as is. From a complicated and time-consuming workflow that was ongoing through much of the day, to simply clicking a button; Echobox Newsletters has changed the way Johnston works and given him back precious time. “The benefits of Echobox Newsletters are massive. It’s giving me more control over my time, and in an industry where time is at a premium, that is very valuable.”

This is not to say that Johnston didn’t need to be won over. By his own admission, he was a skeptic. “Originally, I was the biggest opponent because a newsletter needs to feel human,” he recalled. “Every day I get RSS feed-generated newsletters and they look bad and read badly.” A firm believer in the importance of the human touch, then, for Johnston the proof was in the pudding. “Not only does the Echobox version of The Recap look much better, but Echobox produces content you truly want to interact with and looks like it was made by a human.”

With the hours saved, Johnston has time to focus his attention on high-value tasks, safe in the knowledge that Echobox Newsletters’ AI smarts are turning out quality emails every time. “I trust Echobox Newsletters,” said Johnston, “because it’s making the right choices at the right point in the day.”

Take a look and see what it could do for you! 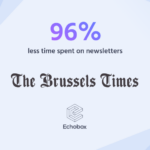 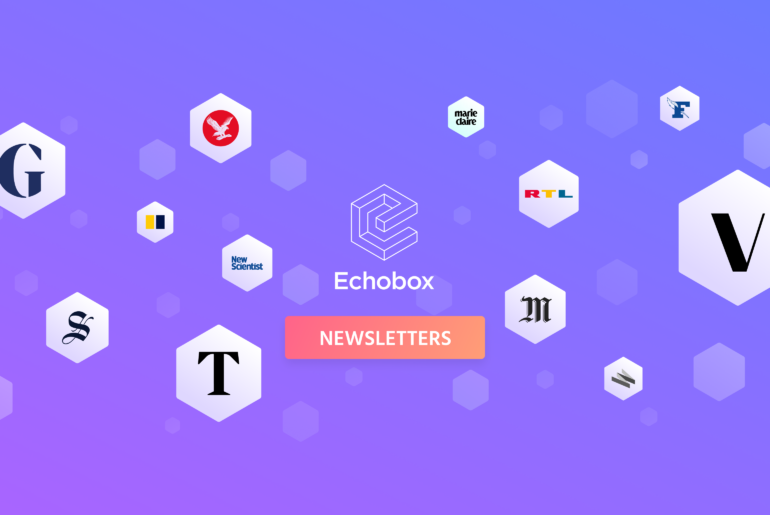 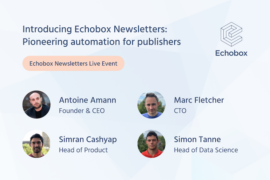 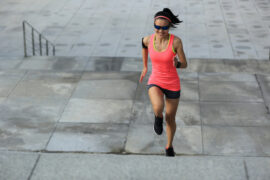 3 steps to a healthier Facebook Page (and a free tool) 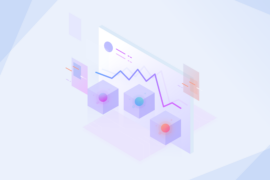